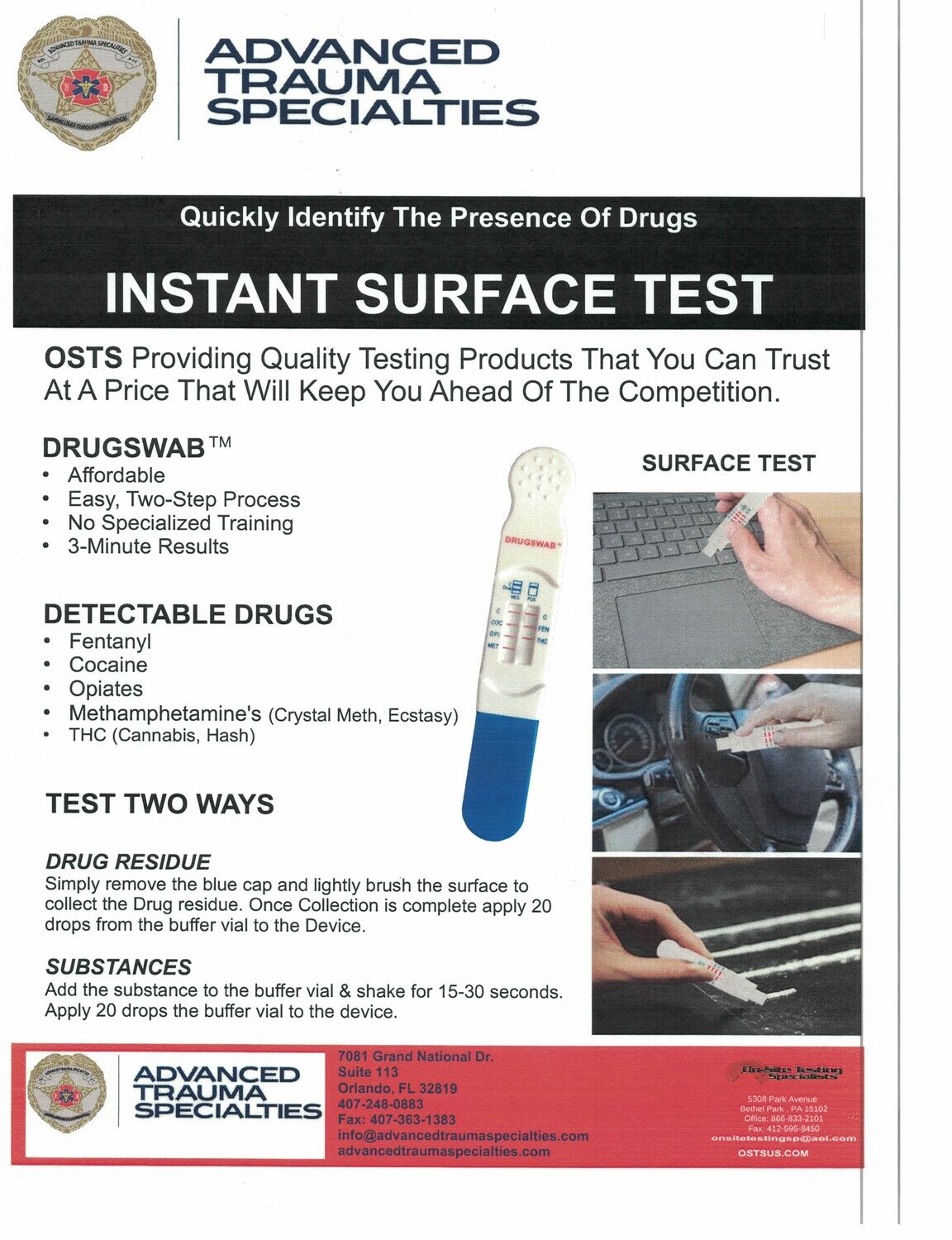 The drug residue surface test provides qualitative preliminary results, which only indicates the presumptive presence of the drug in a residue or substance. It does not measure drug levels.

Save this product for later